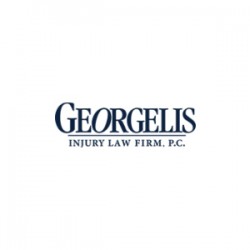 Sometimes a previous work injury can lead to a secondary problem. Other times, a re-injury, independent of the old damages, can occur after completing a workers compensation plan. In both situations, the employee may be eligible for a new or renewed workers compensation benefit.

These cases can be complicated since no employer wants to keep paying benefits for injuries. The insurer and the legal team will find reasons to deny your claim. However, a Lancaster workers compensation attorney can fight for your best interest.

When a Secondary Injury and Re-injury is Eligible for Workers Compensation For a secondary injury to be eligible for workers comp benefits, you must prove that it was a result of your old wounds. It could go both ways:

● The new injuries were worse only because of the old one.

● The old injury was the direct cause of the new one.

You can also file a claim for an off-the-job re-injury as long as it was a consequence of your first injury. An example of an off-duty injury is a slip and fall that occurs at home. If an existing work-related injury, like a broken ankle, led to the slip and fall, you can still get benefits.

Cases of new injuries that occur after old ones have healed are slightly different. You'll have to show proof that they are different from the initial injuries.

When Are New Injuries Not Covered? An employee won't receive coverage for new injuries that aren't work-related and has no relationship with pre-existing injuries.

Example 1 Sam had a torn shoulder bone from work, and he's still recuperating from his injuries. He slipped and fell on ice, leading to his shoulder joint pulling from its socket, while at home. A medical examination reveals that his home accident was only worse because he had a previous injury. Sam is, therefore, eligible for more coverage.

Example 2 Hannah resumed work after being on workers compensation for a broken right knee that resulted in surgery. While at work, she jumped out of the way of a falling box, landed wrongly, and broke her right ankle. The court agreed that although the re-injury was on the same leg, it wasn't in a similar location and had no correlation. She got another workers compensation benefit.

Example 3 Jamie recently received his medical examiner's report that he's fit to return to work. His injuries were from a broken backbone when he fell off a tower at work. While driving, a speeding driver runs into his vehicle, and he breaks his back again. The court determines that both injuries are independent of each other and didn't grant his workers compensation claim. He contacted a Lancaster auto accident lawyer and received compensation for personal injury from the negligent driver.

Conclusion Insurance companies try to give out as little compensation that they can. They wouldn't be pleased to pay again for new injuries. If you're a victim of a secondary injury or re-injury, contact a workers compensation lawyer lancaster pa, for proper representation.